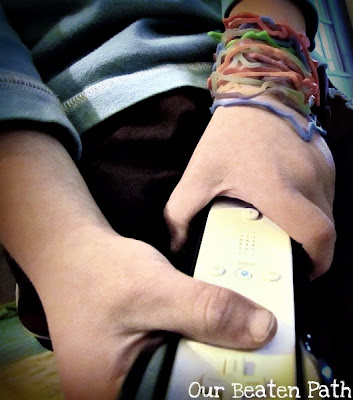 **"When I grow up, I want to be a little boy." ~Joseph Heller 1974**
This is a typical picture of my oldest. Silly bandz crazy, playing the Wii, and typical dirt under his fingernails. Here were a couple of other snapshots I managed to get while the Wii party was going on. Unfortunately none of them include me or Daddy. When it was our turn we were too busy trying to kill be nice to each other. Which by the way, I won! 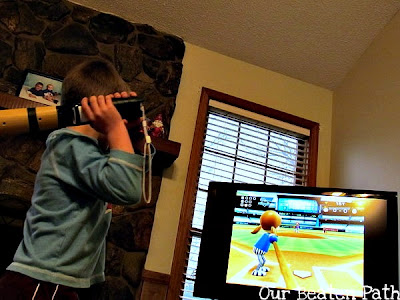 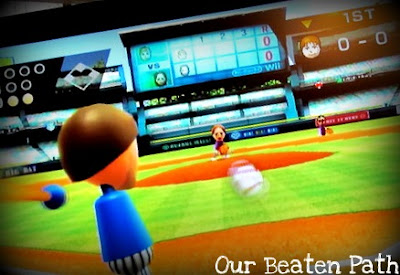 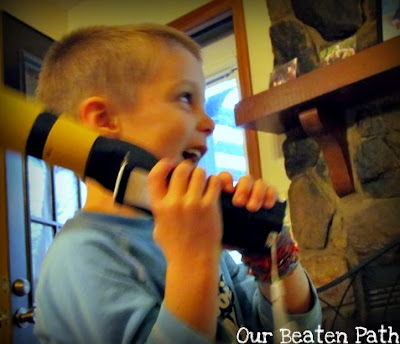 Happy New Year, Everyone!
Posted by Our Beaten Path at 7:15 AM