A Glimpse of Summer

March is such a fickle month. We have had some great great weather lately. This past weekend it was in the 70's....and this weekend is promising to be even closer to 80*. With that being said though today is cold and rainy....One never knows.

We really enjoyed this past warm weekend. I couldn't believe it when my 4 year old broke out the bathing suit and played in the sprinkler. 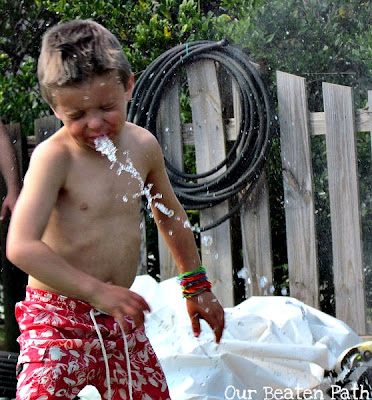 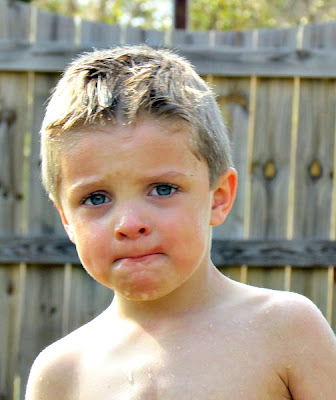 One of K's favorite parts of the sprinkler okay, maybe I should just admit it....it wasn't a sprinkler but rather a hole in the hose.... ;) was putting his foot over the hole and making a rainbow. 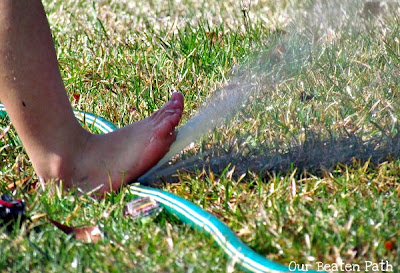 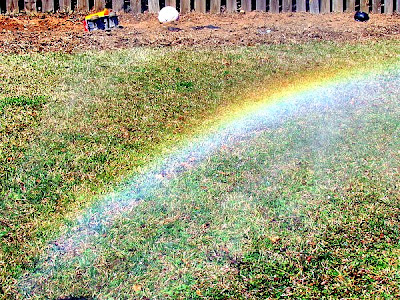 While we were busy pretending it was summer we also decided to take part in some watermelon. I'm very excited....We have two different varieties of watermelon that we plan to grow in our garden this year. Hopefully there will be more pictures of those to come! 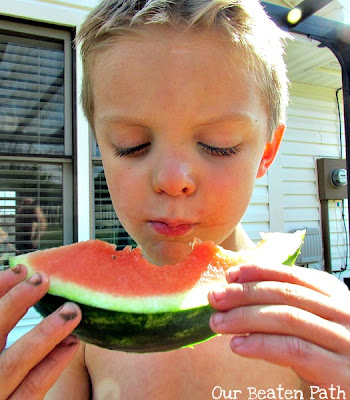 With that being said....some of our homegrown has started to bloom. I'm a little worried about such an early spring. Our plants are being teased into thinking spring and summer are here when truth be told...some of our biggest snow storms have been in the mist of March and April. Let's  hope this year they decide to hold off.
Here is a picture of our beautiful blueberry bush setting itself up for blooms. 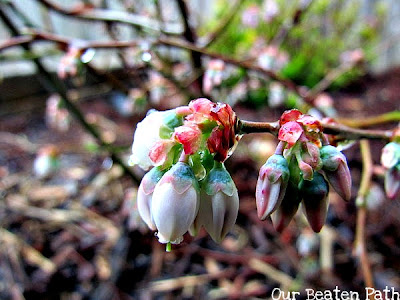 I am so excited to have a tasty snack and to make some homemade blueberry muffins and pancakes!