This morning I woke up and it was obvious it was war. Me vs. The House & Kids.

Aaron had to work. That puts two wild and crazy boys against one tired mama. Everywhere I turned I felt overwhelmed. I walked barefoot in the kitchen and could feel the grit under my toes. I carried the overflowing basket of laundry to the washing machine and tripped on a random sippy cup that somehow magically placed itself in the middle of the floor. And hey, I think we had been looking for that sippy cup for well over a week. Trust me the liquid inside it was all the proof I needed. I turned my back for 5 minutes and the box of cereal that Aaron had left sitting on the coffee table became the property of the one year old and it's entire contents then laid on the carpet being mixed in as E beat his hands over them, proud of his accomplishment.
I tried to cook breakfast but was obviously not quick enough and the little ones bellies were screaming at me in agony....
While watering the garden I turn around to find E's hands black from playing in the ash of our fire pit and I have K begging me to change the channel because he doesn't like Fraggle Rock and I finally broke down! THAT'S IT! "Come on boys, we're going for ice cream!!" 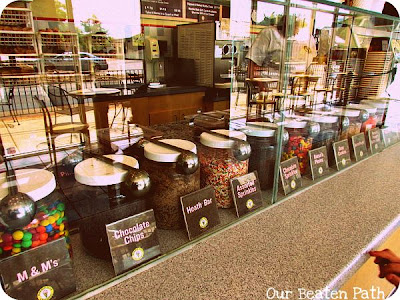 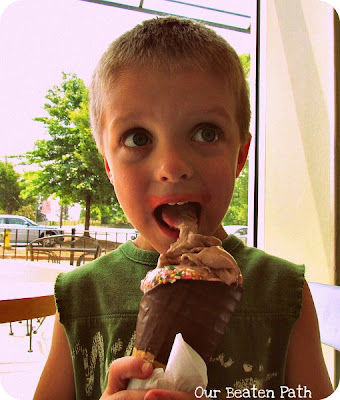 My little slice of Heaven: 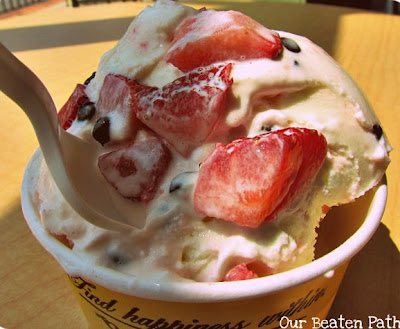 E wasn't big on the ice cream which is too bad. By the looks of his face you can see how hot it is here in the south. He settled for a small cone though: 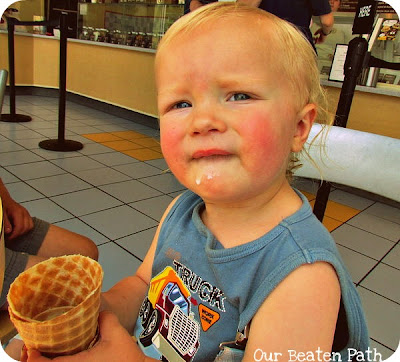 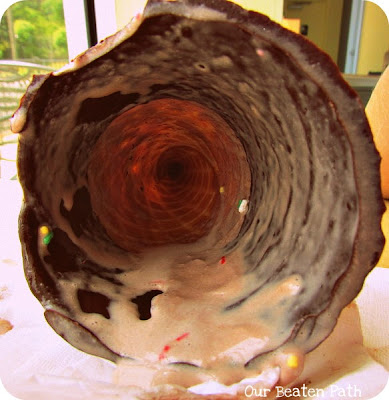 Now that we're back from our little field trip things don't seem anywhere near as frantic as they were. Maybe we just needed to get out for a bit. Baby E is down for a nap. K is in his room watching the new movies we picked up from the library and I'm going to enjoy a little peace and quite in the sun. While it last.....
Posted by Our Beaten Path at 1:46 PM