Eat, Drink, and Be Scary! 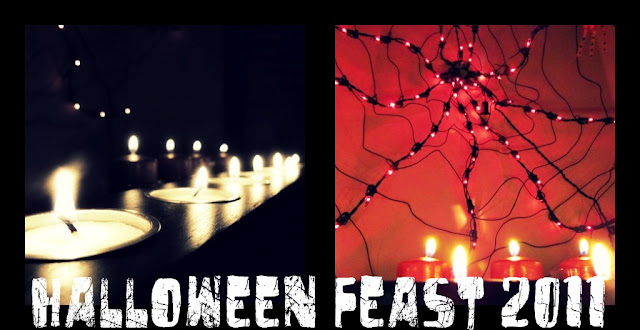 I had a great little Halloween Feast with the family last night. It wasn't planned and at about 3:00 I decided to throw something together really quickly. I had some Halloween decorations that we bought 50% off about 3 years ago and have never used. While the boys were outside playing I grabbed them from the attic and got to work. On the menu was still what I had originally planned for dinner we just stepped it up a notch by giving it all a new name.
Menu:
I went out and cut some fresh mums from our 4 year old mum outside. I didn't realize it until later that I also brought in a little visitor with them. 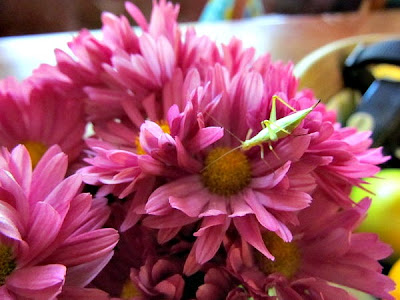 I grabbed the two pumpkins that K brought home from his field trips to the pumpkin patch and just to add a little spunk I cut out a bat and used some of my jewelry wire to make the bat hover. 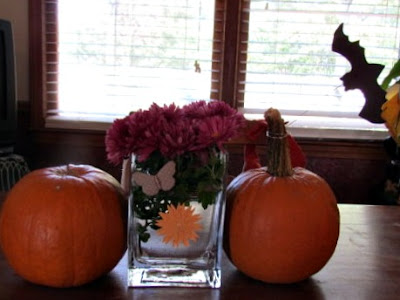 The end result certainly wasn't anything spectacular but it brought smiles to the boys faces for sure! 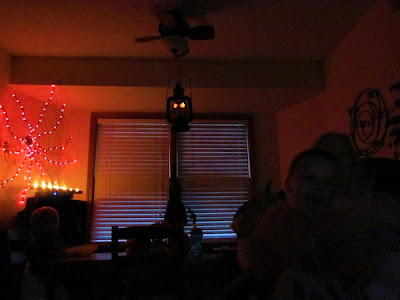