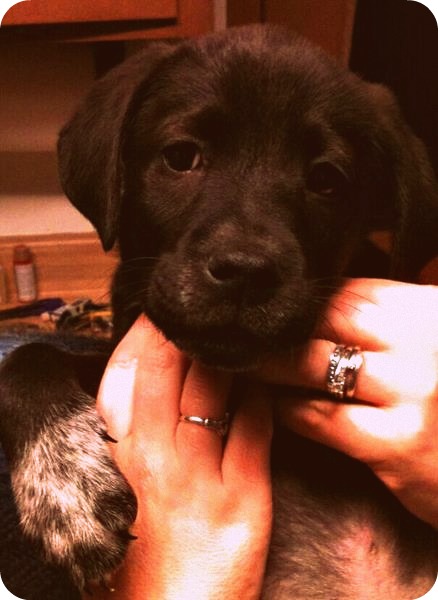 A five year old who is struggling in Kindergarten. A two year old who will be attempting potty training soon. A super lazy dog, house renovations, and two parents that work 40+ hours a week. I guess I assumed life was getting a little too dull. I decided on my lunch break to head over to the Humane Society, of course just to look. Well LOOK what I walked out with!!!! He stole my heart from the moment I held him. We are still getting used to the whole puppy thing. Boodro could not have been any easier. He came both crate trained and potty trained. Little no name has not! 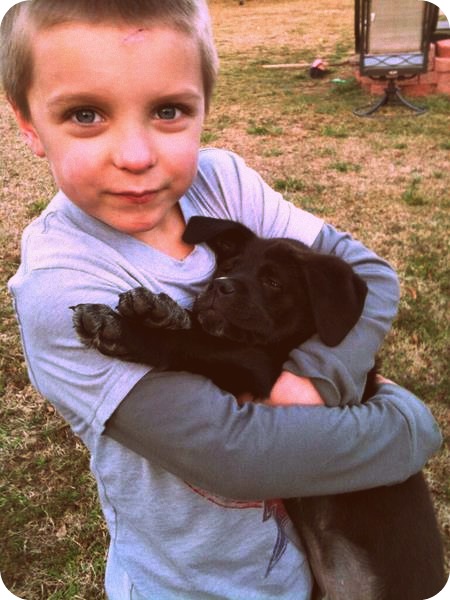 The boys love him! He's going to be a bigger dog and is more sturdy already with the two wild ones running around. I believe Boodro thinks he went to bed and had a bad nightmare and is unable to wake up from it. I have no doubt he'll come around though. It's just interrupting his 18 hours/day of sleep at the moment. 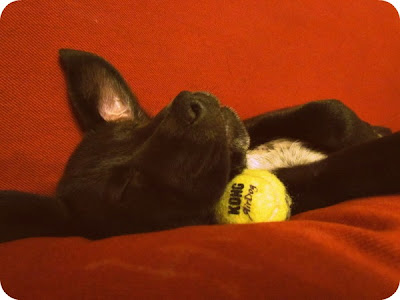 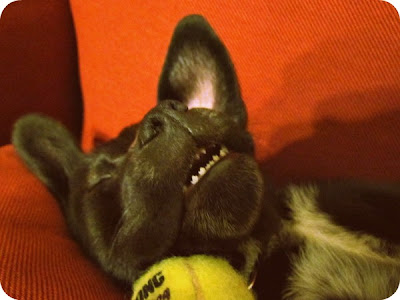 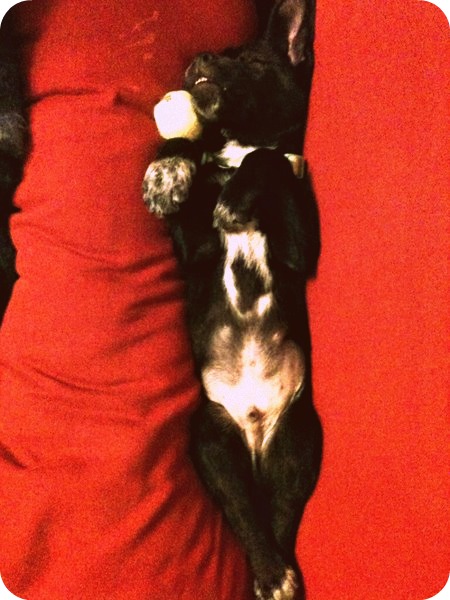 Speaking of sleep....This little one does sleep. He gets so powered up from playing with all of us and will literally fall asleep in mid play. In the pictures above he was in the middle of playing ball.
We don't have any names yet. We've juggled a few. Axl, Zeppelin, Torque, and the latest is Tex. Tex would be after a super cool character from K's favorite movie, Cars. I guess we'll see. K forgot his name of Tex shortly after we decided on that name and started calling him Sex. Eeeeek! So we may have a ways to go. For now though, we're enjoying the crazy life of a puppy and we'll keep on truckin' with our new addition to the family.
Posted by Our Beaten Path at 8:07 PM